I recently told you guys about a Fashion Show taking place at Glasgow Caledonian University which was showcasing the work of 2nd to 4th level fashion business students, the show was a resounding success and I think its fair to say that these students definitely have the flair and creativity that is essential as a designer. However, just before the actual show, I was lucky enough to meet three of the design students who allowed tellusfashion to have a quick word and a little preview of their work… take a look below at our review on the first designer Kayleigh Swan.

Kayleigh definitely showed a lot of potential as a designer. My first reaction when I saw her piece was complete adoration. Kayleigh present us with an absolutely stunning dress that was inspired by corals and sea life. She mainly used scrunching as her technique for this garment, which is evident in the skirt of the dress. The top half of the dress was constructed using a special material called Sinamy which is molded to the dummy and model by stretching the material out when its glued.

We asked Kayleigh what the hardest thing about her course was and she explained that “being given free range to design what you want is scary” however, she also noted that it can be a good thing as a designer too.

Kayleigh’s aim as a designer is to create fun flirty pieces with a cool edge. She wants to promote femininity with an edge.

TellusFashion would like to thank Kayleigh for giving us a sneak peak of her work. Keep an eye out for the next two designers 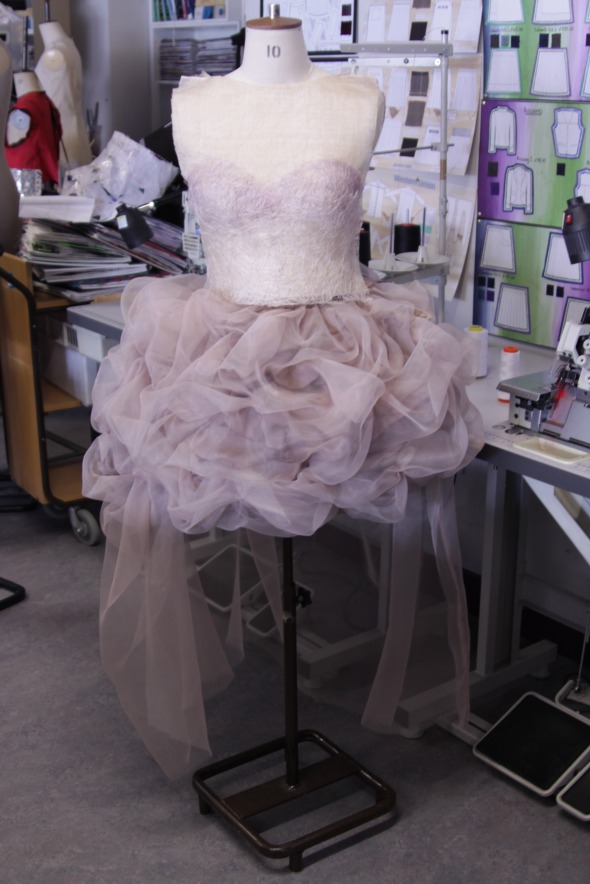 This entry was posted on July 5, 2011 by Heather Mhari. It was filed under Fashion and was tagged with Fashion Business, fashion show, Glasgow Caledonian University.