The Good, The Bad and The Ugly

With all the September issues hitting the shelves and seriously damaging our pockets, Tellus decided to take a look glance at the A/W Catwalks; the looks that caught our eyes for all the right reasons, and all the wrong… 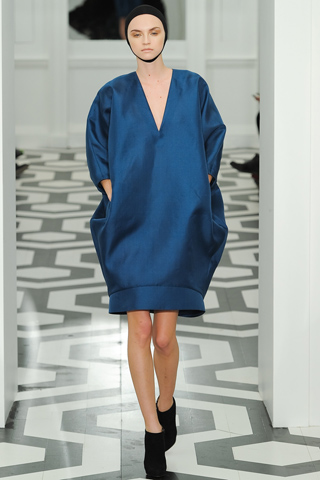 The Good…Posh Spice, always the one little girls never wanted to be is now the one that every Fashionista is dying to be! Feminine, complimentary and so damn wearable, Victoria Beckham can wave goodbye to the days of being a WAG, as after her A/W collection she is definitely a fully fledged designer. Juggling being married to the most yummy man in the world, nursing a new baby whos wardrobe we’re already jealous off and creating an in-demand fashion emporium; Mrs Beckham is the epitome of Girl Power.

The Bad…Bad Girl we mean, obviously. Marc Jacobs added less sugar and a lot more spice to the Louis Vuitton A/W collection, with fetish being flavour of choice. Fetish style hand-cuffs, a multi-mirrored floor and sex fueled supermodels wearing deliciously naughty clothes caused more than a stir. As if that wasn’t bad enough Britain’s favourite Bad Girl Kate Moss took to the catwalk wearing nothing but some underwear, attitude and a cigarette hanging out of her mouth.

The Ugly…we sincerely hoped that Christopher Kane was monkeying around when we saw the Gorrilla-esque arms take to the catwalk at Burberry Prorsum – imagine two furry beasts attached to each arm. But when Yves St Laurent and Versace followed suit, it seems the fashion world has gone bananas for the shaggy sleeves. Less top banana and more mouldy banana.

As you all know, I absolutely love the Chris Kane Galaxy print and I was lucky enough to find the imitations which you can see below from the extremely cool Australian brand ( I sometimes wonder why American and UK brands haven’t picked up this fashion phenomenon)  Black Milk Clothing. The print is all over fashion blogs and tumblrs and now theres a new focus on some of the amazing prints available on the Black Milk site. I’m definitely considering a skeleton and American flag swimsuit for my summer hols! What do you make of these prints shown below? Tellus… 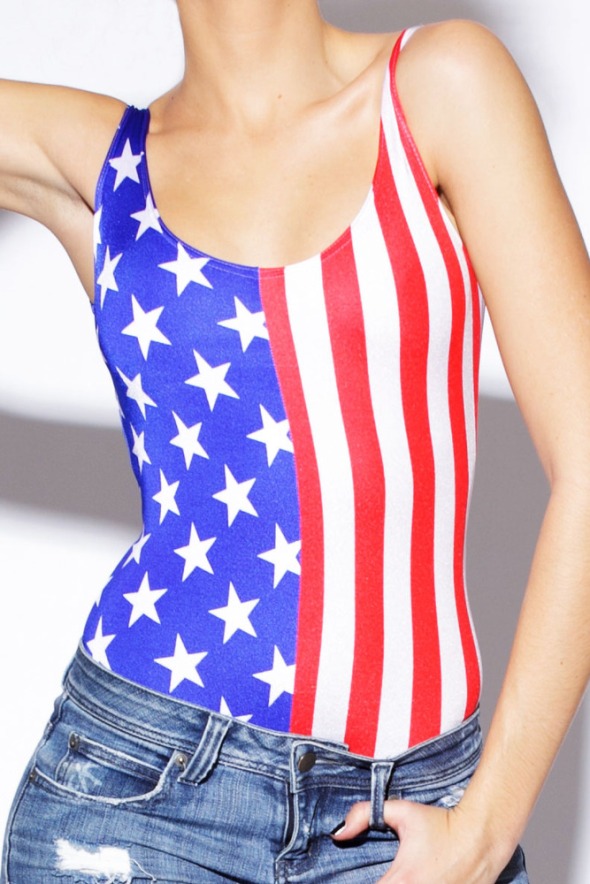 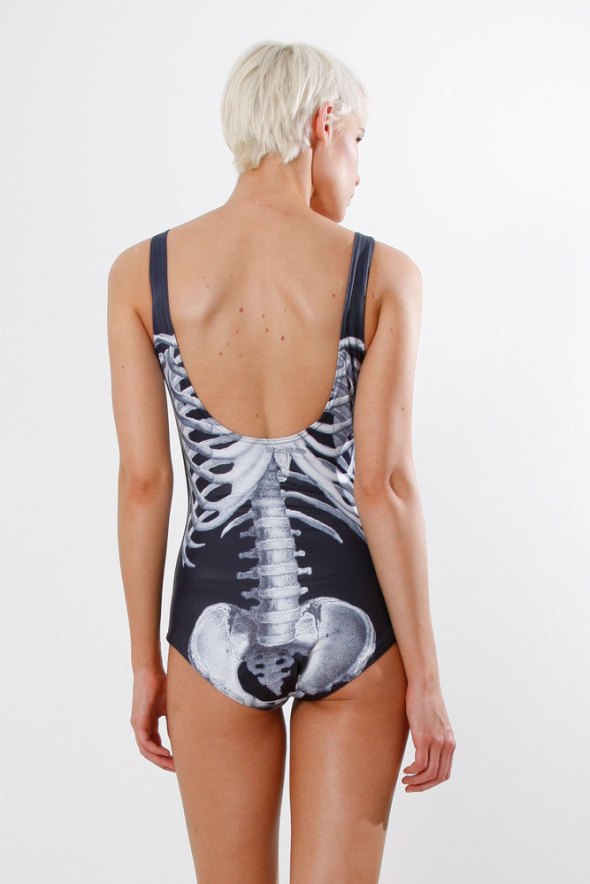 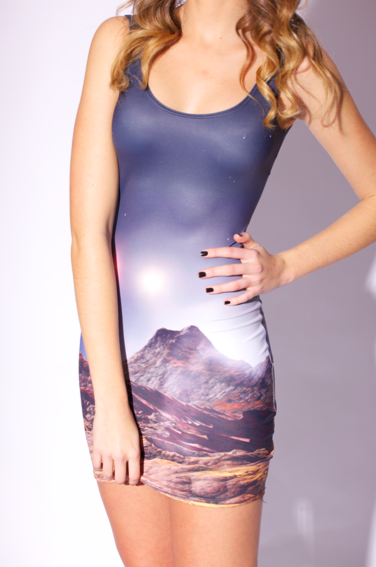 From a Fashion Galaxy Far, Far Away

My latest fashion obsession takes inspiration from Christopher Kane’s Pre Season Collection for SS11 which I mention in my post “The Rise of The Scottish Fashion Industry”. This obsession is of course Galaxy Print. This particular print has been used for many different garment shapes including leggings, tunics and bodys and I am dying to get my hands on at least one of them…

After some hours spent scouring Ebay, Asos Market Place and every online retailer I could think of, I stumbled across a fantastic Australian brand: Black Milk. Black Milk has by far, the best offering of Galaxy Print garments and embodies the same kind of brand aesthetics as American Apparel. Needless to say its a very cool and playful brand.  So if you’re looking for an outfit (cue cheesy line) that’s out of this world then check them out and maybe take a little fashion inspiration from the pictures below. I can’t wait to try out some of these looks and hoping it will look pretty nice with my newly pink, dip dyed do! 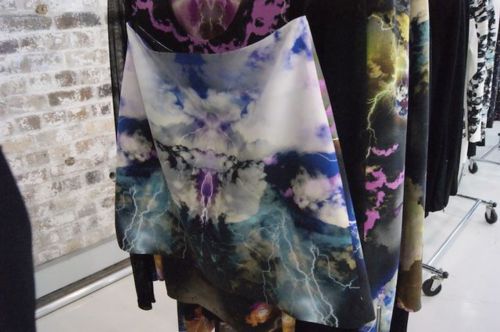 It seems we’ve barely had the chance to think about our summer wardrobes, but it is now time to start considering essentials for AW11. The structured two pieces and classic shapes seen for spring will still be on trend for autumn, as ladylike was once again a key trend on the catwalk.

In Paris, Dior offered a glamorous collection for the upmarket woman. Ladylike textures and fabrics – chiffons, fur stoles, ruffles, bows, pastel shades – exuded the high fashion glam expected of the couturier. Smoky heavy eye make up plus feathered hair suggested this the morning after the night before for the Dior woman. The collection was bravely presented in the wake of scandal, and as Galliano’s swansong ended, the entire Dior creative team took to the runway clad in white lab coats.

Marni’s ladylike offering appeared most obviously in their shapes. 50s style two pieces – another key trend – boxy bags and gloves were expertly crafted in muted colours straight from a debutante’s wardrobe. A hint of punchy jewel tones – forest green, velvety navy blue, coral and dazzling royal blue, played a part in a collection that exuded luxury. Thick coats in moss green and brown, teamed with slim belts worn high on the waist gave a nipped in silhouette, and black and tan heels tied at the ankle completed the chic, sophisticated look.

An exciting contribution to ladylike was found at Manish Arora. Elements of the East were present within the collection, with Arora’s Indian roots showing in eye catching brights and embellishments. Fringed boots and tough metallics had an almost masculine edge, but the collection had all the hallmarks of a lady – leather gloves, knee length tailored two pieces and flowing silks, all with Arora’s trademark vibrancy.

The rise of the Scottish Fashion Industry

Being a Scottish girl myself, there is nothing more important to me than my heritage and my love for the Scottish Fashion Industry. Here at TellusFashion we are avid fans of British Fashion in general and I truely believe that we, as a country have one of the most adventurous and innovative fashion offerings. However, I do feel there is a stronger focus on London – which isn’t a bad thing – I just feel that the Scottish Fashion Industry isn’t given the credit its due. My blog post today will not dismiss any other cities or countries but will merely highlight that Scottish Fashion is one to keep an eye on.

Scotland has always been famous for its traditional fabrics tartan, cashmere and in particular the Harris Tweed. The Harris Tweed is a speciality to the northern isles of the country which is traditionally hand-spun, hand-woven and dyed. The tweed itself is becoming more sought after on a global scale and has modernised by designers, making it a much more desirable fabric. Its not unusual to see the fabric adorning catwalk collections belonging to the likes of Vivienne Westwood, Jean Paul Gaultier, Prada and Calvin Klein who have brought the tweed to life. Also, who could forget the use of Scottish Tartan by the late and great Alexander McQueen. It simply goes to show how fabrics which have been produced for hundreds of years in Scotland have so much influence over such amazing designers.

Just recently the Harris Tweed brand celebrated its 100th Birthday of the official Orb trademarking.. check out this gorgeous video below by David Lemm, marking the celebration…

Its not only our fabrics that we should be respected for, but our talented designers – Christopher Kane, Jonathan Saunders, Louise Gray. All of these designers were born and bred in Scotland and have had substantial input in the fashion industry.

There is without a doubt that Christopher Kane has been an inspiration to Fashion and is well known for his graphic prints and neon brights. His pre-collection for SS11 was one of my favourites, I am so in love with the Galaxy print. I think its gorgeous.. 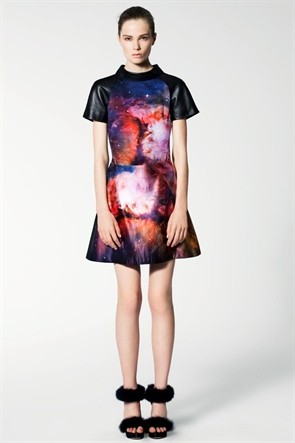 What is more exciting now is the fact that this industry in Scotland is becoming bigger and this has been recognised by the fantastic Scottish Fashion Awards. Its brought the work of Scots in the Fashion Industry to the forefront. Its things like this that give us more passion to build on our own little segment of the industry and its making me more determined as a ‘soon to be’ graduate of Fashion, to become a part of this!

So if you are ever in Scotland or if you live here too appreciate what we have on offer, come to a city like Glasgow and see the talent coming out of The Glasgow School of Art and Glasgow Caledonian University’s Fashion schools or what check out the amazing array of shops including vintage fairs and pop ups too like Granny Would Be Proud or Bold Souls. There is so much here that would get a fashionista’s heart racing. Its why I love Scottish Fashion.

After the success of this years Oscar winning film Black Swan, ballerina chic is a must have for SS11, and luckily the catwalk offers plenty of inspiration. This trend is feminine, floaty and best worn through the plisse pleat.

At Lanvin, master of ladylike style Alber Elbaz, showed his knack for beautifully angelic feminine creations with models storming the runway in flowing pleated skirts in tones of dark navy and grey. Chloe, another leader in feminine fashion, also offered a ladylike ballet look from head to toe. Models wore their hair tightly pulled back and parted to the side while the clothes were in pale one-tone colours. The look was finished with those all important pleats, which reoccurred in gentle pastels in a very wearable skirt.

This essentially feminine trend goes hand in hand with simple pastel colours and block tones, and this was largely prevalent in the designers’ offerings. However, Christopher Kane’s popping neon brights featured pleats from the super skinny to wider kilt style, showing that today’s ballerinas aren’t all pliés and ponytails.

Get the look from the high street with Whistles, House of Fraser and Topshop who all have great pleated styles this spring. 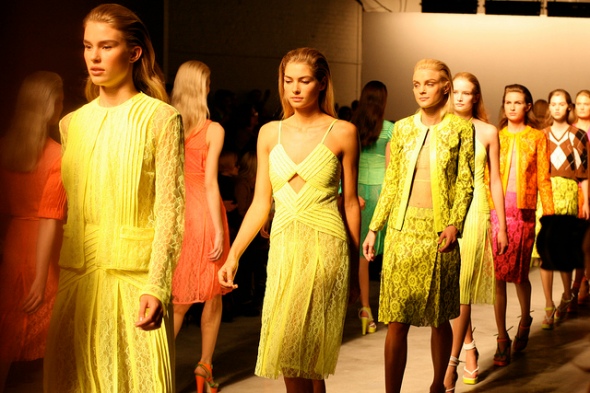 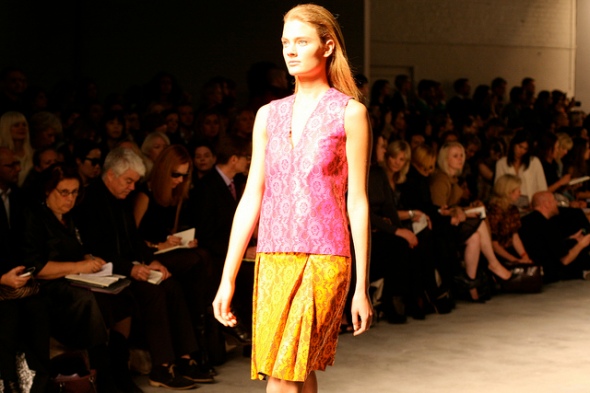