Rihanna’s new fragrance, Reb’l Fleur has been described as “an intense and daring fruity chypre, composed of sophisticated floral notes: tuberose, violet and hibiscus, – with a splash of coconut water, – over the light and smooth base, the combination of the final notes evokes the impression of warm skin. The perfume was created by Caroline Sabas and Marypierre Julien of Givaudan.

Looking at the outfit that she wore for the launch some would say she looked more like the monster from Disney’s Monsters Inc, instead of the normal fashionista we all love. It only goes to show, that even the best can also get it wrong. 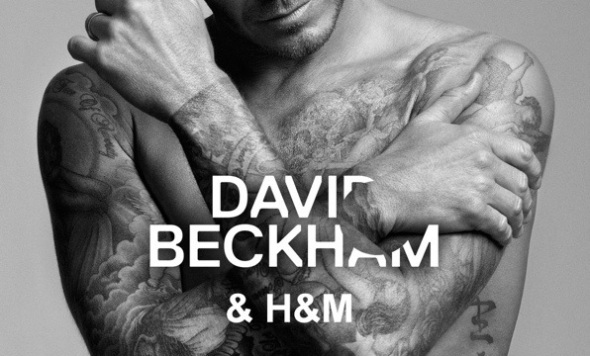 From next year February, H&M will carry a men’s bodywear range designed by LA Galaxy and footballer David Beckham.

This isn’t the usual collaborations we’ve come to expect from H&M, instead it will be a long-term distribution partnership, that will be launched on February 2 2012 worldwide, in time for Valentine’s Day.

Beckham has since made a comment that choosing H&M to retail the new underwear was “the final piece in a jigsaw” of developing the range. “In H&M we have found the perfect partner to collaborate with going forward”.

Beckham was previously the face of Armani, where his four year stint as the face of its underwear line saw the designer label’s turnover double.

This is something we hope to see in H&M’s annual turnover after its launch.
As with past collaborations, such as last novembers Lanvin range which sold out within hours, after fans camped outside the high street chain for hours just to be the first to grab an outfit.

Daphne Guinness, one of today’s most original fashion icons, is the subject of the upcoming exhibition Daphne Guinness at The Museum at FIT. Opening on September 16, 2011 and on view through January 7, 2012, the exhibition will feature approximately 100 garments and accessories from Guinness’s personal collection, plus films, videos, and images, of and by her.

If your going to be in NewYork this September this is a good exhibition to checkout.

For those of us in England of course there’s London Fashion week to look forward to. I myself can’t wait, I’ve been trying to sort out a Burberry placement during that week as I think they do the best shows.
Though With my schedule it’s gonna be a bit crazy but will have to see, as I still need to arrange time off work.

Will let you know of any good events in London leading up to fashion week.