Marios Schwab launched his label in 2005, two years after studying an MA in Womenswear Fashion at Central St Martins. He worked with menswear designer Kim Jones for a period of time immediately after completing his MA.

It is not surprising his unique designs are snapped up by celebs; the feminine dresses, which are inspired by natural formations, contour the female shape, giving an elegant appealing result.

The 31-year-old has seen previous successes winning Best New Designer at the British fashion Awards in 2006 and the Swiss Textile Award in 2007.

Tellusfashion love this designer, and we are sure you will too.

Emma Louise London is a designer which Tellusfashion have already discovered.

Emma graduated from De Montfort University in 2008. She made a huge impression when she opened the university’s Graduate Fashion Week in the same year, going on to work with Future Classics and Alexander McQueen’s design team.

Emma Louise London takes inspiration from 1930’s popular culture and icons such as Norma Shearer. Her collections are heavily laden with graphic bold prints, minimal colour with a hint of masculine tailoring.

Emma spent some time travelling the world before returning to London and creating her modern collections.

Keep an eye out for this up and coming British designer!

Ess-Elle is a Swedish fashion label created by Sebastian Löjdkvist, and indeed named after his own initials; S.L.

The 19-year-old has already started to make a name for himself, despite being freshly out of school. He has been working with drag shows over the past couple of years and has experience working with Camilla Thulin, one of Sweden’s top designers.

His unusual designs are tailored out of fabrics which are not the norm for other designers, setting him apart from them. The fabrics he chooses are easy to manipulate, enabling his unique cuts and folds to be made possible. The Ess-Elle shapes are bold and daring, highly influenced by celebs such as Lady Gaga.

He told Tellusfashion: “I do not consider fashion as having to be wearable, neither does it have to be pretty, but it is the way we express ourselves and show our personalities!”

Sebastian Löjdkvist is currently studying to become a tailor. For his future plans, he said: “I will make clothes for the superstar elite, and the red carpet will be the home of my designs!”

And we’re sure he will make it!

Check out the Ess-Elle blog or the Tellusfashion website to see more of Sebastian Löjdkvist’s original designs.

Meet Natascha Stolle, the half German, quarter Italian, quarter Japanese fashion designer from America. Anyone who is as fond of asos.com as we are at Tellusfashion, should note this key designer; Natascha Stolle has designed a popular capsule range which is available online. She is also designing a range for the b Store’s in house label.

Natascha studied English Literature before turning her talents to fashion design. In 1999 she moved to London to study an MA at Central Saint Martins College. She has previously worked for Peter Jensen for ten seasons and Fashion East for two. She also debuted at London Fashion Week with her SS/09 collection.

Her unique style combines an alluring mix of slouchy with Hawaiian influences in an array of textiles and materials. Her tailoring is a result of her own experiments; something which she is clearly naturally talented at.

Don’t miss her Asos collection. Natascha Stolle is certainly one of our favourite high street designers!

Keeping with the bridal theme, White Gallery, a London Bridal show, is set to take place from the 22nd to the 24 of May. Each year it aims to bring us the next best designers in the wedding field, and this year is no exception.

Tobi Hannah is one of this years new talented designers set to make an appearance at the show. The London based designer launched her first bridal collection in 2009. Her short-length, tea dress bridal gowns are unique in the industry, giving her designs a funky, young distinction.

The three day White Gallery event is held in Battersea Park and is only in its second year but is already a huge hit with bridal magazines.

Tellusfashion advise bridal fans to keep an eye out for other up and coming wedding designers such as Terry Fox, The Vintage Wedding Dress Company and Sanyukta Shrestha at this event. 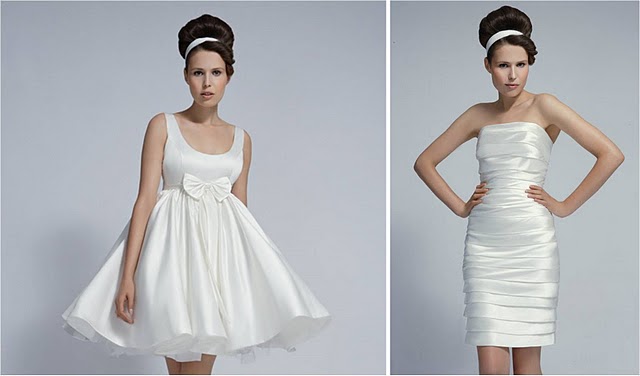 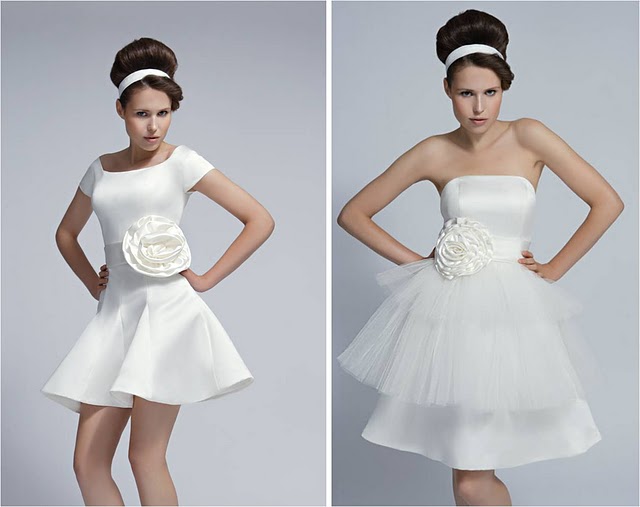 Would you wear a short wedding dress?

Who Will Design Kate’s Dress?

With the Royal Wedding getting closer and closer, the question in all fashionista’s minds is: “Just who is designing Kate Middleton’s dress?”

Well the answer to that question is far from being revealed, leaving the anticipation for Friday even greater. So who are the potential labels in the running to be the royal wedding dress designer of the decade?

A major contender for the role, Sophie Cranston is the brains behind Libelula. She has previously won the 1999 Designer of the Year Award and went on to work with the likes of Alexander McQueen. Libelula, meaning dragonfly in Spanish, was created in 2002 and uses bold colours and prints on well cut, flattering clothes.

Bruce Oldfield is a famous British designer best known for his bridal designs. He graduated from Central Saint Martins College of Art in 1973. In the past he designed many outfits for Princess Diana, making him a strong nominee for the wedding designer. In 1990 he was a awarded an OBE for his contribution to the British fashion industry.

Jasper Conran was also awarded an OBE for his contribution to the British fashion industry. Over his 20-years in the business he has successfully designed a popular Debenhams range, many women’s and menswear lines, as well as china and crystal for big brands. His signature designs revolve around the cut and silhouette of the clothing line. He also designed Princess Margaret’s daughters wedding dress in 1994.

A popular choice for the princess’s designer. Sarah Burton took on the role of Creative Director for Alexander McQueen after his death in 2010. She managed to produce a great first collection and has been rumoured to have designed the royal dress for the past few months.

Designer of the label Issa, Daniella Helayel is said to be Kate’s favourite designer. She has also bagged herself an invite to the wedding, could this mean she is the one? Her signature style is bright and feminine.

Kate’s sister was seen in this Alice Temperley’s shop recently, arousing suspicion that this could be the royal designer. Her label launched in 2000 for London Fashion Week and has since become more and more prestigious. The label specialises in wedding gowns for brides, bridesmaids, mothers of the bride and guests.

Philipa Lepley is one of the bookies faves. Her bridal business began in 1988 in South Kensington and business has been booming ever since. Her designs often appear in top bridal magazines.

Let Tellusfashion know who you think it will be.

Tellusfashion have just discovered a great new jewellery designer. SuShilla launched her collection early last year. The designs focus on the quality, colour, cut and texture of semi-precious stones. One of the major collections is Tallulah collection which incorporates unusual yet beautiful rough stones such as Smithsonite and Vessonite into the jewellery designs.

Rough stones are not the only gems which feature in the SuShilla collections, the only qualities they need to possess is to be interesting and of beautiful colour and depth. The delicate Julep and Oriel collections are more intricately designed and use these cut forms of stone.

Sushilla Done grew up travelling the world with her family. As a result a lot of cultures such as India, Morocco and Istanbul have inspired her designs.

She told The Oxford Times: “I was brought up in London until the age of 11 when my father began working with the United Nations. We moved to Khartoum in the Sudan and lived there for two years, then went on to Nairobi, followed by Zambia and Malawi. I don’t think you can spend that much time travelling as a teenager without it having a huge influence on you.”

SuShilla jewellery will be exhibited at the International Jewellery London 2011 show and the Pulse London show.

Stockist include, Tate Britain, Ec One and Pearl & Queenie. 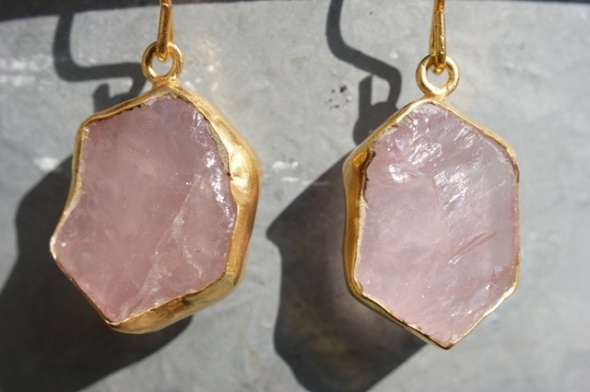 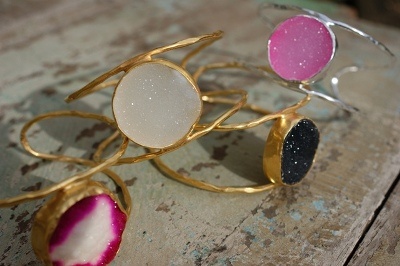